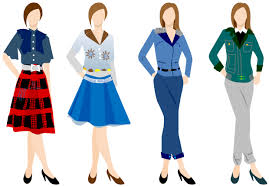 SACE and U3A had agreed with Tampines Regional Library to hold a series of six monthly public talks from Aug 2016 to Jan 2017 on the subject of Mind-Body Fitness. Shamimah Mujtaba, who initiated the collaboration, was appointed as SACE Ambassador Libraries. This project is part of our community outreach which comes under Adrian Teo, director of Community Outreach Committee and with Henry Lim as the organizer.

On 17th August, Irene Wee spoke on Aging Realities, dwelling on how inner beauty does not decline with age. On 21st Sept, Shamimah Mujtaba spoke on Mental Fitness illustrating with Brain Gym exercise followed by Rummikub game, a popular board game known to improve coordination and dexterity. These two events received very encouraging response from the public with a turn-out rate of between 30 to more than 40 participants. Our next speaker will be Adrian Teo on Mindfulness to be held on 19th Oct. The timing of all our talks is 11am to 12.30pm, followed by Rummikub session from 1.30pm to 4.30pm.